Polartec and the Ouray Ice Park

If you’ve ever been to the Ouray Ice Park, you’d know it’s the ice climbing mecca of Colorado.

From novice to pro and everyone in between, Ouray is a world-class destination for climbers of all levels. But as you can imagine, it gets pretty dang cold out there. You’re nearly guaranteed to see someone sporting Polartec as they scale a solid wall of ice. Why? Because in this sport, wearing a mid layer is absolutely required. Polartec has long provided solutions for ice climbers to keep warm and safe, enabling unforgettable adventures. That’s why we were devastated when the Ouray Ice Park suffered a serious setback at the end of the season.

Last March, 12,000 pounds of rock suddenly broke away from a cliff and destroyed the Trestle Bridge at the park's main entrance. The deluge blocked access to one of its most popular areas and knocked out a water supply line which feeds the “ice farming” infrastructure for a large chunk of the park.

To raise funds to repair the bridge and keep the Ouray Ice Park alive, officials quickly launched a GoFundMe campaign. In addition, they struck up a collaboration with NW Alpine, an outdoor apparel company based in Salem, Oregon, to develop and manufacture a special product to support the park’s fundraising goals.

The limited-edition NW Alpine Black Spider Hoody is made with Polartec® Power Grid™. This patented technical fleece strengthens performance efficiency by increasing warmth and breathability while also reducing fabric mass, making it a perfect layer for ice climbing. The fabric is milled in the U.S., and NW Alpine proudly manufactures the garments by hand at their Salem factory. For every $159 hoody sold, $100 is donated to the Ouray Ice Park to help rebuild the Trestle Bridge.

In the world of climbing, ice climbing stands alone. While not necessarily more difficult than traditional rock climbing or bouldering, ice climbing is no doubt the least accessible to the average outdoor adventurer. The level of risk involved, need for specialized and expensive gear, and scarcity of established ice climbing routes — not to mention the rare conditions of geography, temperature, and moisture that all must be met — means that most people’s experience of ice climbing will be limited to articles, photos, and videos. Those lucky enough to visit the Ouray Ice Park, however, are treated to one of the safest and most accessible ice climbing havens in the world. 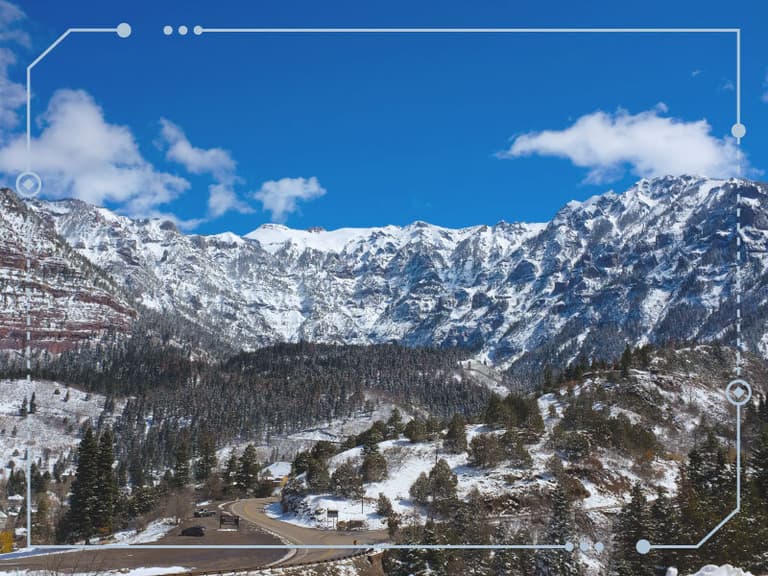 Located in the very small town of Ouray, Colorado, population 1,083, the Ouray Ice Park is nothing if not unique. Along with some friends, a local legend known as “Bobo” was the first known person to climb icicles at the location in the early 1980s. The icicles were formed from water dripping from leaky pipes in the Uncompahgre River Gorge, including Bobo’s original inspiration, one that was allegedly 80 feet in length!

After a few years of rogue expeditions like this, an unlikely trio came together to make the park a reality. A California windsurfing bum turned ice climber; a local attorney turned real estate developer; and the owner of the Ouray Hydroelectric Plant, which owned an easement right through the Uncompahgre Gorge; conceived of the Ouray Ice Park as a way to attract visitors and stimulate the sleepy little town’s economy during the winter months. In the words of Bill Whitt, the ex-windsurfer, “Everyone thought we were mental. They said it would never make any money and it was the stupidest thing ever.”

And yet, the trio maintained their vision and did the work necessary to officially establish Ouray Ice Park in 1997. It now has over a mile of vertical terrain, more than 100 ice and mixed climbs, and is recognized as one of the premier ice climbing venues in the world. Despite the high cost of maintenance, it remains free and open to public use.

As of June, the park has achieved its $100,000 fundraising goal and will be able to repair the iconic bridge and remain open to anyone brave enough to give ice climbing a try. Polartec is proud to be part of this successful collaboration to save this unique and special place. We're stoked that the Black Spider Hoody will keep Ouray's supporters warm, dry, and fresh, whether or not they’re plunging an axe into a solid wall of ice.