This year we're celebrating 30 years of category-defining fabric innovations with Featured Partner posts highlighting our collaboration histories with brands who've shared a first with us. This week we're telling the story of how Marmot revolutionized the status quo with their Alpha 60 Jacket.

Simplifying Your Kit Since '86 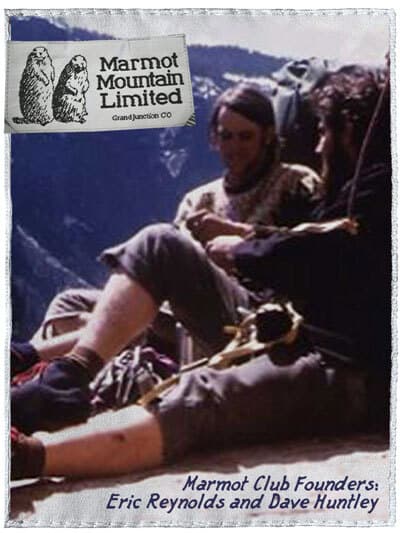 Marmot is one of those brands that, if you’re a climber, skier, runner, or adventurer of any kind, you probably have a piece or two they’ve made in your closet. They’re so OG that they’re part of the very DNA of the outdoor industry. From the very beginning, they built an identity that was so focused on spending time outside that their origin story begins with the phrase, “it all started on an Alaskan glacier in 1971.” After spending several months skipping classes in Alaska, Eric Reynolds and Dave Huntley founded the “Marmot Club,” a social club that required all prospective members to bag a peak with another member. Once you were in, you became president—the first rule of the Marmot Club was, “everyone is president.” It was this oddball mentality that, once Eric and Dave joined up with fellow climber Tom Boyce, led to the creation of Marmot the company in 1974. They built their business on a bed of down vests, sweaters, and sleeping bags and, after one of their “very puffy” puffies made its Hollywood debut on Clint Eastwood in the film, The Eiger Section, they made it big.

Marmot is more than a household name—they’re one of the most respected brands in the business. And there’s a reason we climbers trust the brand this rag-tag group created: they’ve been at the forefront of product creation for more than 40 years. They were among the very first brands to bring us things like pit-zips, hook-and-loop sleeve cinching, and—wait for it—women’s specific outdoor apparel 🤯.

Not only do they build everything from apparel and backpacks to sleeping bags and tents, but they do it well. I know that every piece in Marmot’s line is designed to help me get outside with some of the lightest and most comfortable gear money can buy. And so, it was no surprise to me when I learned that Marmot’s partnership with Polartec began in 1986. Baselayers, fleece, insulation—you name it and they’ve probably collaborated on it.

Fleece has always been my go-to for when it’s “too hot for a puffy, too cold for just a baselayer.” In particular, hydrophobic fleece, like Polartec’s Power Grid, has been a staple in my kit because it doesn’t absorb sweat, it’s very breathable, and it nests well between whatever I’m wearing next-to-skin and the insulation or outerwear I’ve thrown in my pack for the day.

Marmot has had fleece in the line for a long time and they know how to build it well. As innovators, they took Power Grid, lightened it up, and created a pretty kickass fleet of baselayers out of it. As a bonus for those of us who burn easily, these pieces have UPF 50 protection, which means less time applying sunscreen under my clothes. 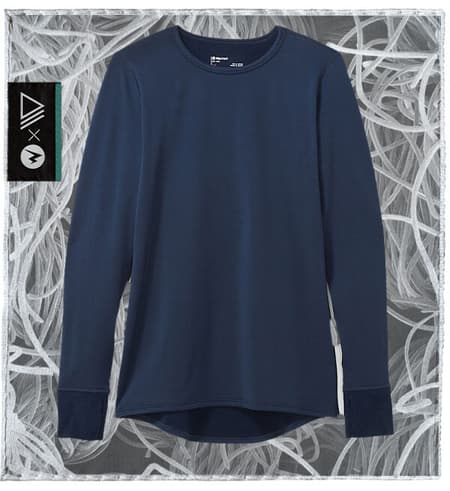 Recently, Marmot began to ask some solid questions about what had been the “status quo” for layering. They wanted to reduce our layering systems from a 3-4 piece kit to something that required 2-3 items at most. After a single season doing the “layers on, layers off” dance, it becomes pretty clear how much of a game-changer even a 2-in-1 piece would be. You can imagine how pumped I was to learn about Polartec Alpha.

When Marmot adopted Polartec Alpha, they saw it as the perfect solution for the outdoor athlete. During high-output missions, like ski mountaineering, cold-weather mountain biking, and winter trail running, we need to stay warm enough that we don’t freeze, without worrying about soaking in our own sweat. The beauty of Polartec Alpha is that it still performs if you accidentally explode a water bottle on yourself, or have to manage the inevitable saturation that comes with prolonged backpack-to-back contact. It even dries 20% faster than traditional synthetic-fill puffies.

Plus, Marmot added a wind- and water-resistant shell fabric that helps make pesky spring and late autumn storms more manageable. They took the perfect high-output performance midlayer and made it more versatile than ever. 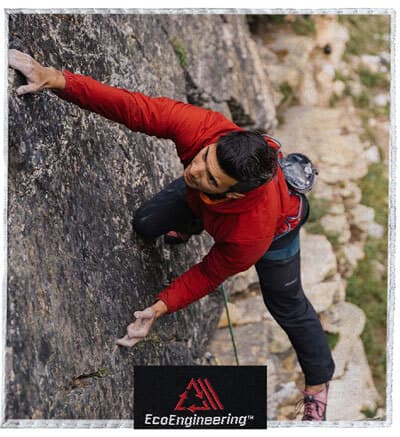 With a history as rich as the one between Polartec and Marmot, it’s no surprise that they already have big plans for the future. Although the technology behind Alpha active insulation was developed as a recycled product (most of the insulation is made from 100% recycled P.E.T. plastic), they’re always trying to make their fabrics more sustainable—something which I, as an outdoor athlete, and a human being, care deeply about. So, if a brand can build product that I actually want to wear while my safety (and the safety of my fingers and toes) is on the line, and they care genuinely about minimizing and/or eliminating the footprint their product is leaving on the planet, I am going to deck myself out in the gear.

As part of our year-long celebration of 30 years partnering with innovative Outdoor brands, we're releasing "music posters" inspired by some of our favorite bands. 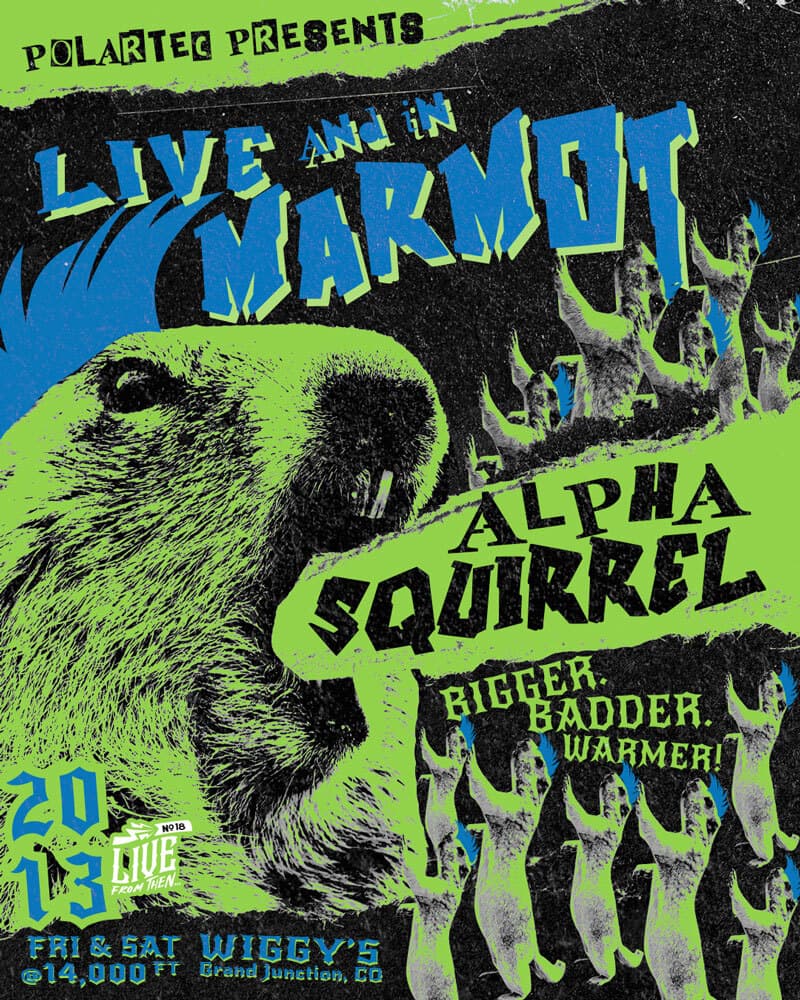 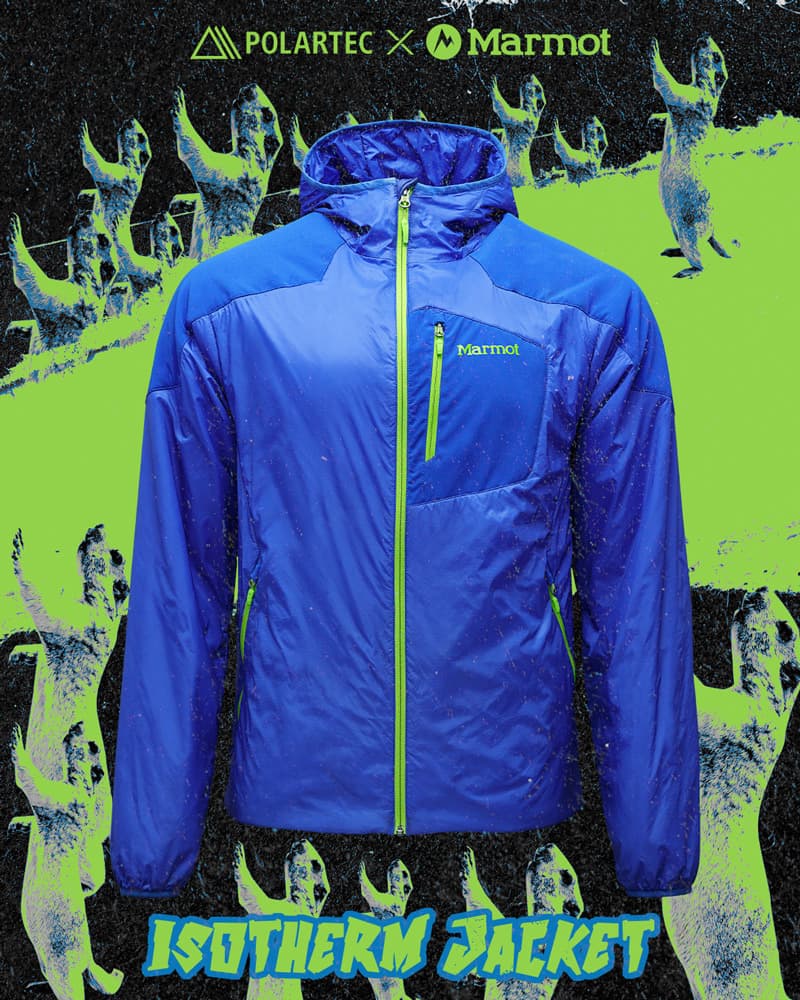 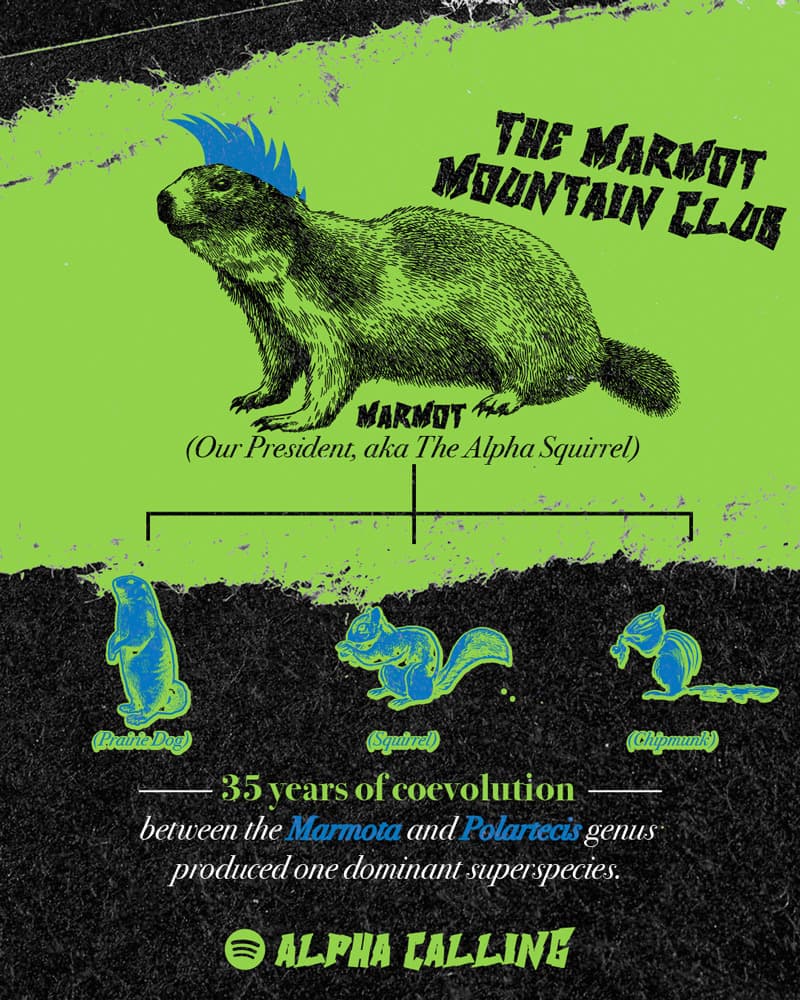