Sustainability isn't enough for Houdini. The Swedish outfitters are on track to achieve a completely circular collection by 2022, eliminating production waste altogether. Houdini already runs programs to rent, reuse, and repair their garments, but true circularity requires an even more comprehensive approach.

Our recent collaboration, Project Mono Air, sets a new standard for closed-loop product design. The Mono Air Houdi is only possible with the next generation of Polartec​®​ Power Air​™​, the first insulating fabric engineered to reduce microfiber shedding. It took thousands of hours, dozens of iterations, and two years to develop the first draft of Power Air. To meet Houdini's circularity considerations, we've put in even more work to design beyond mere sustainability.

Houdini first hit the scene in the early 90s, and their eco-conscious ethos quickly built a loyal following. Nearly three decades on, as Houdini methodically works to achieve their ultimate goal of leaving a lasting, positive impact on the environment, they won't be keeping the Mono Air Houdi's innovations too close to the chest. Houdini's launching this year's version with an opensource campaign to share with their peers and the public exactly how this comfy and functional fleece earns its billing as a "circularity masterpiece." 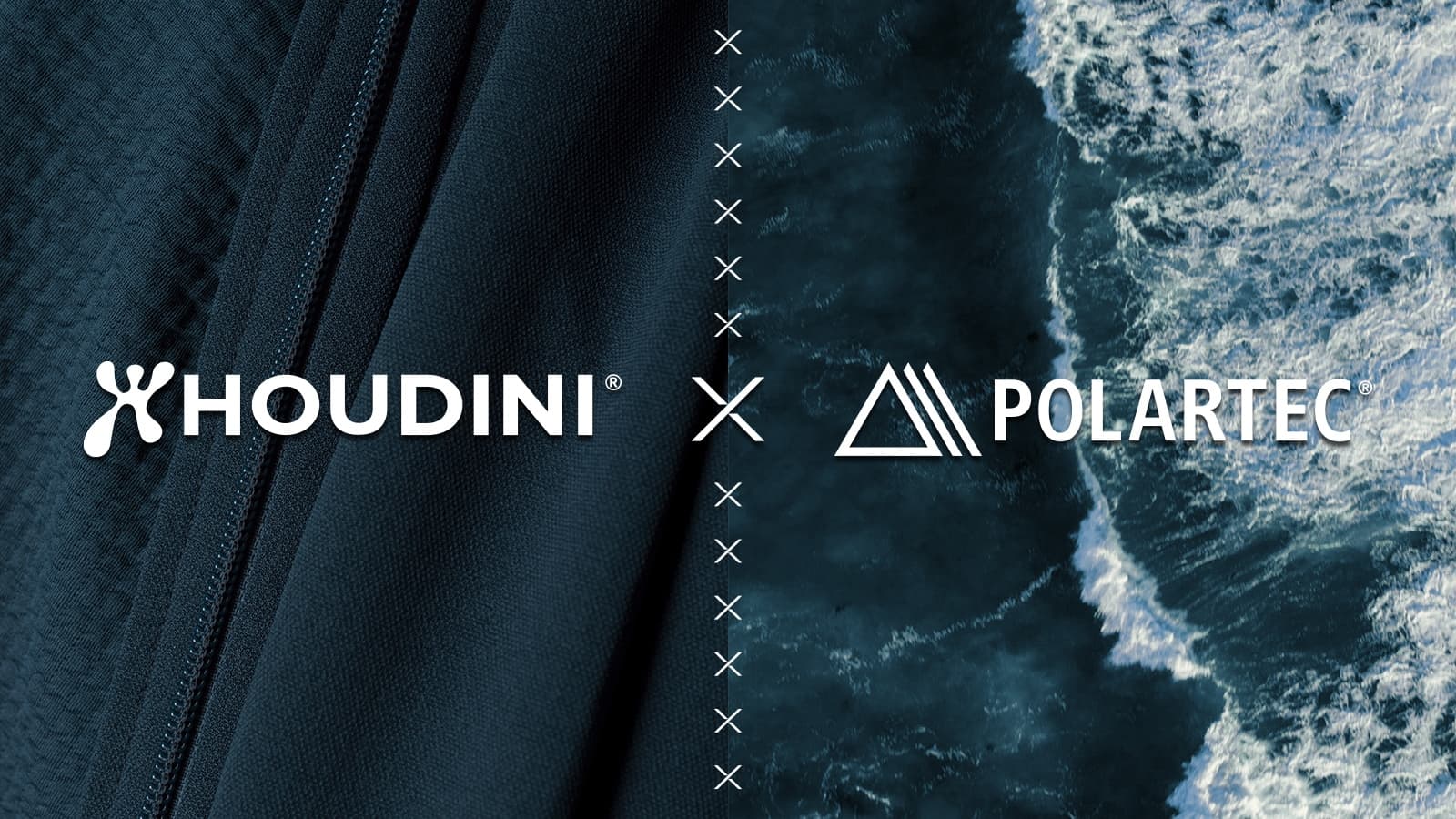 Circularity = Every Step and Stitch Considered

Circularity requires intentional design to solve the countless ways waste happens in the development, production, and lifespan of a garment. Choosing post-consumer recycled materials, though important, is just the beginning.

Circular products must be made from single-source, "mono" materials to ensure that they are recyclable at the end of their life cycle. For us, this means no blending natural and synthetic fibers for our circular fabrics, but you see all the ways this plays out when trying to decide which bin to toss things into after use.

Another circularity consideration is how a product affects the environment during its lifetime. For apparel, this means making sure that no part of a garment is left behind when it's worn out in the world or washed. Durable design also extends garment lifespan, so you can reduce environmental impact simply by loving your favorite pieces for as long as possible.

This should give you an idea of how much work brands have cut out for them when they commit to circularity. Thanks to Houdini's open source campaign, the Outdoor industry has much to gain from their thorough consideration of Mono Air's inputs and outputs. 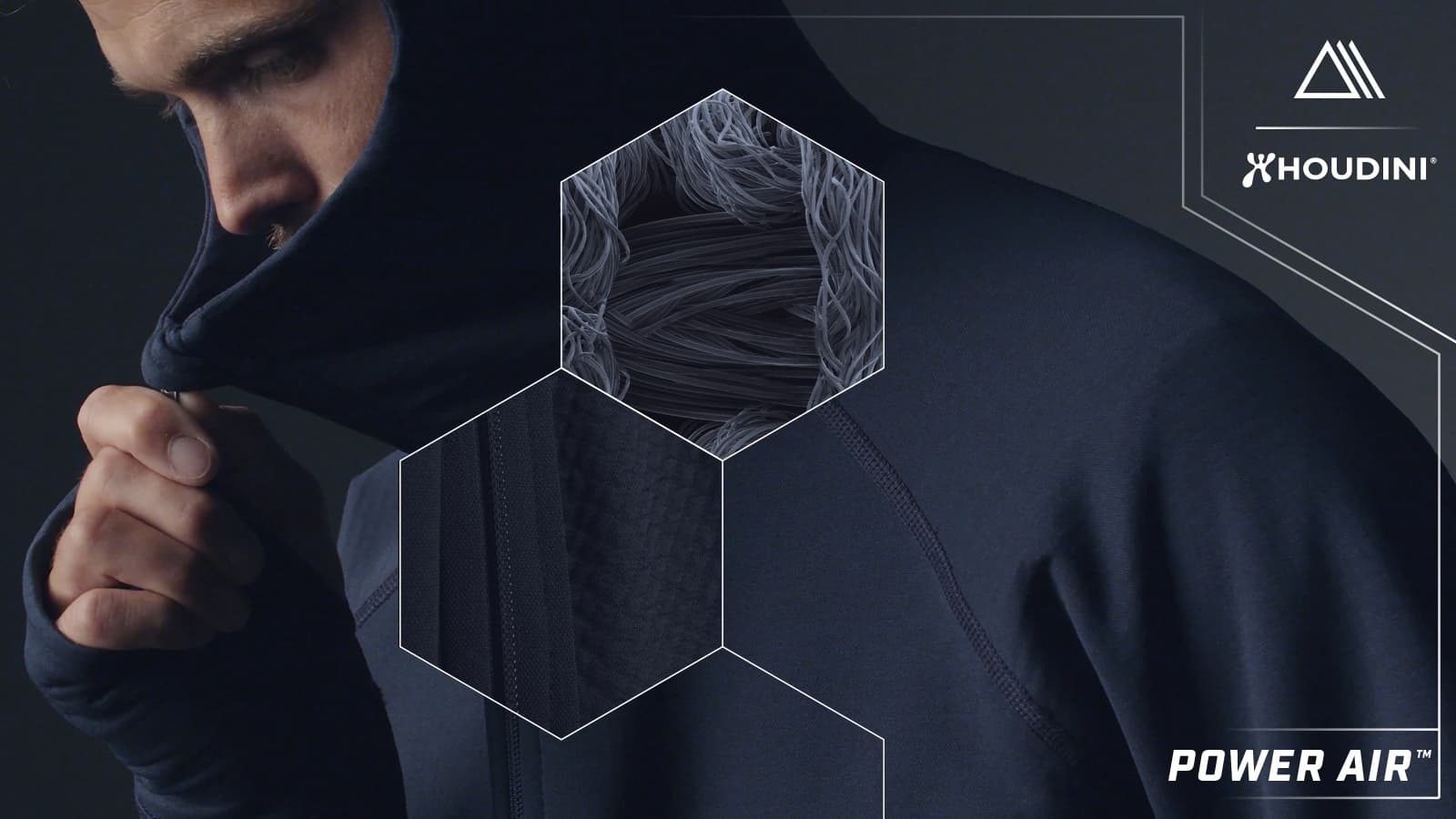 Polartec​®​ Power Air​™​ enabled Houdini to close the loop. The eponymous mono fabric — made with 73% recycled polyester from used PET bottles and 27% virgin stretch polyester — is recyclable once you've worn out the garment. But with Power Air's innovative construction, it'll be years before you need to. The dual-surface construction traps insulating fibers inside tiny pockets that give Power Air its trademark bubble-wrap look. By shedding up to 5x less microfibers, the Houdi will forever stay as warm as the day you bought it while greatly minimizing its environmental impact. 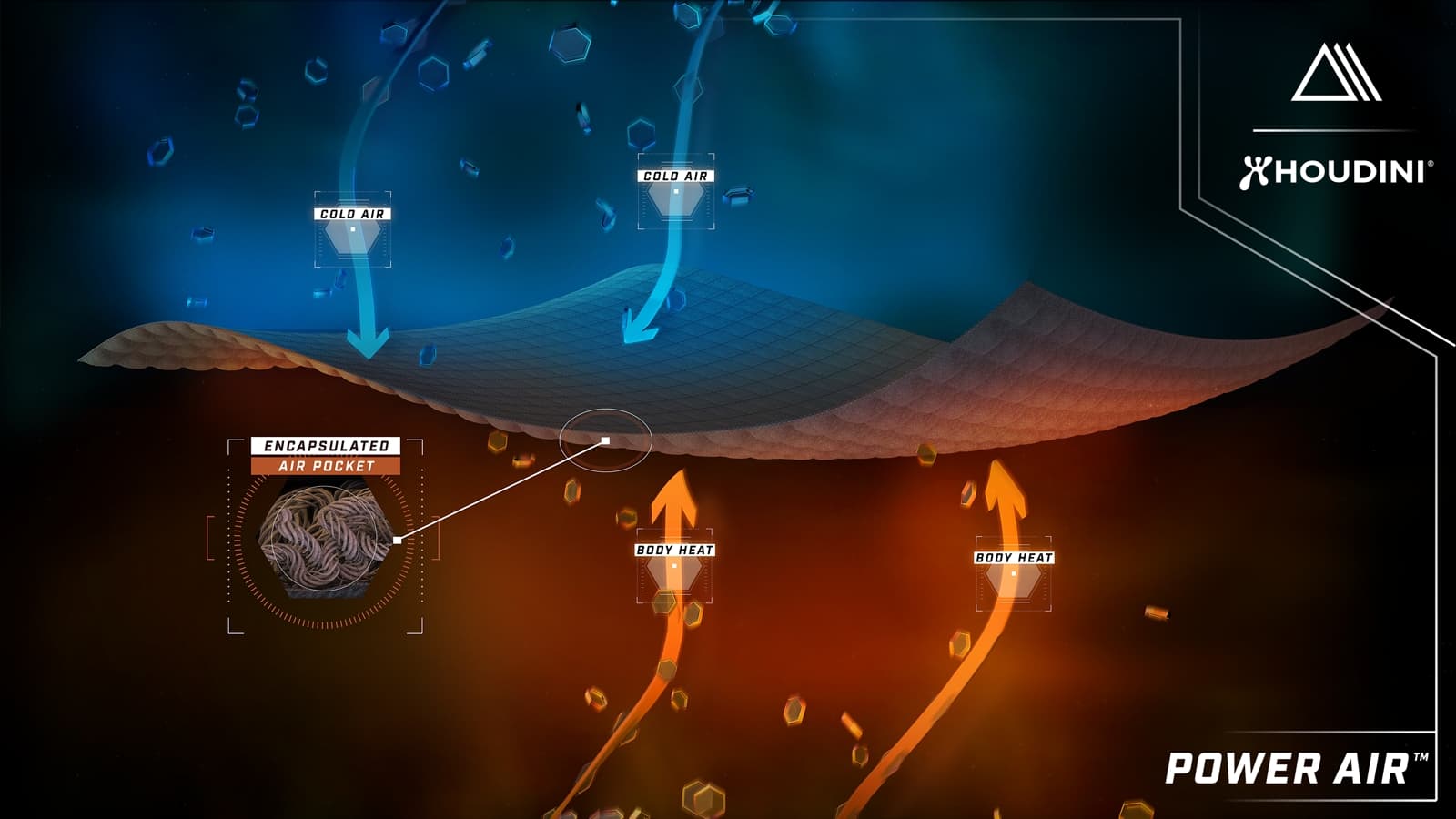 Where Power Air's latest evolution reduces waste, it adds performance. Now 25% lighter and as warm and breathable as ever, you'll immediately notice the difference from your run-of-the-mill hoodie. This is one performance hoodie you'll want to throw on and leave on, through high intensity activity or just lounging around the house.

The Mono Air Houdi (available for ​men​ and ​women​) is the culmination of Houdini's diligent design and production improvements since they first began working towards circularity nearly two decades ago. With every step and stitch considered, the result is a light, breathable performance fleece "in a holistic symbiosis with Nature."

We're excited to see what new innovations Houdini's open source campaign inspires in designers around the world. If you're solving for circularity, we will continue to be your open source for Power Air and other design solutions for any need and any reason. 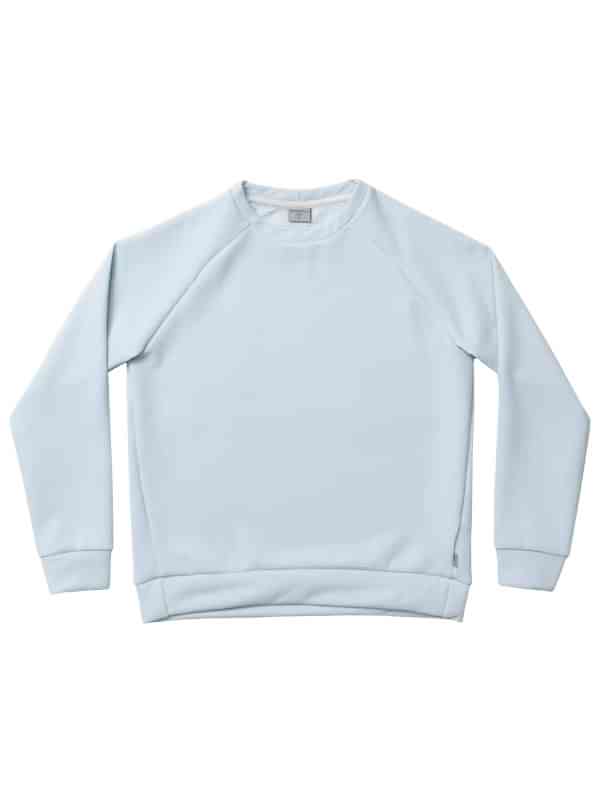 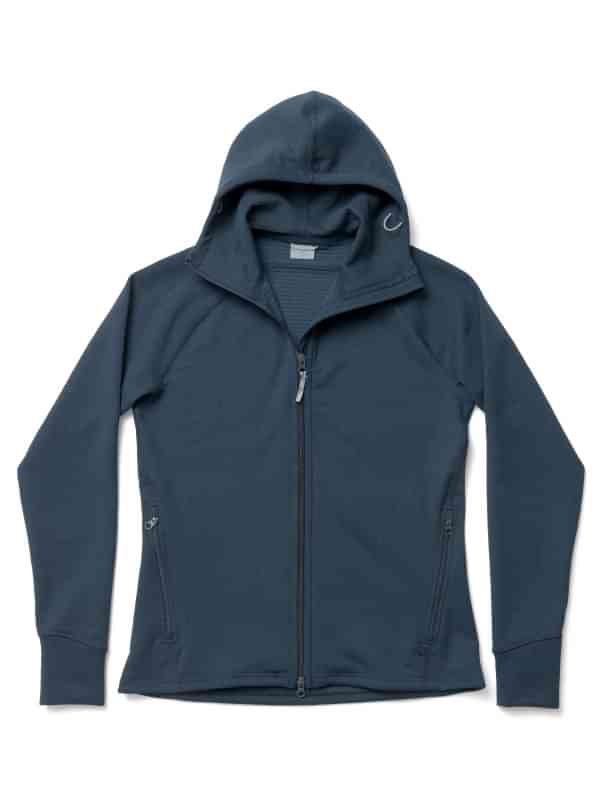 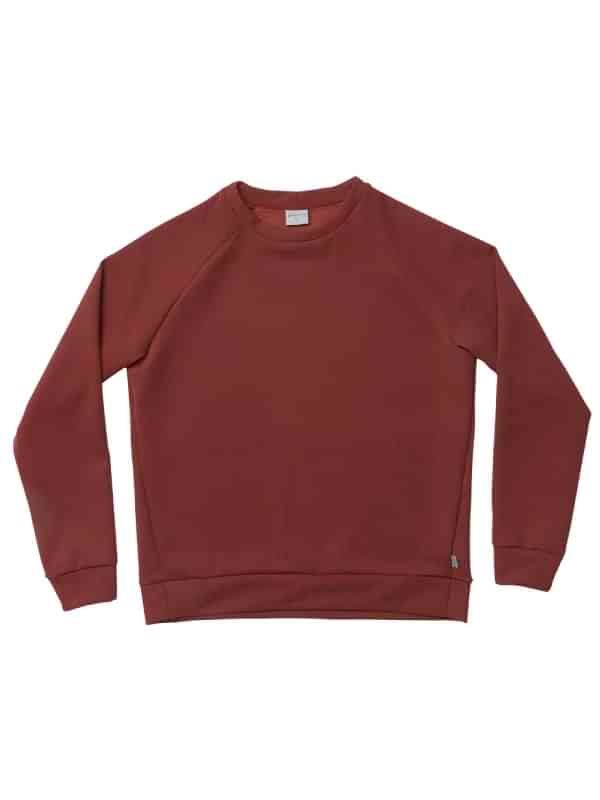 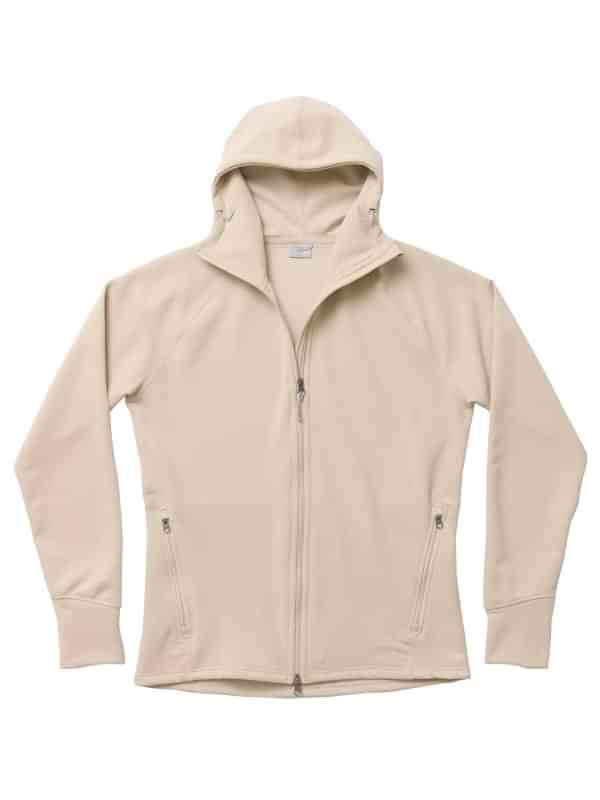 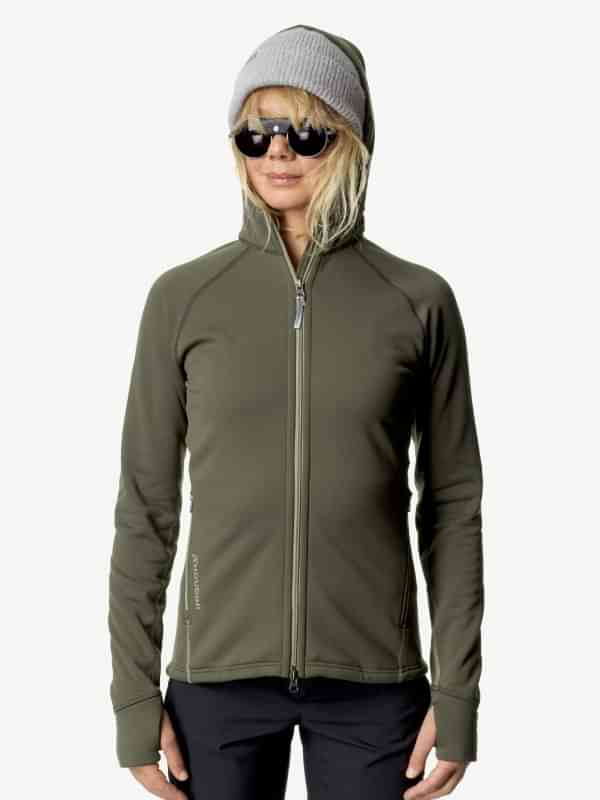